I think I was hoping for fireworks and applause. At least a few sparklers. I mean, after all, it’s the launch of my new training season!

But Monday morning dawns with only a loud BOING BOING BOING. Which is the sound of my alarm. I’ve always thought about getting a kinder alarm – you know, the ones that make nature sounds which slowly get louder at the same time the light slowly grows brighter, like the sun coming up or something. But I’m an impatient kind of gal, so the thought of taking more than a few seconds to simply wake up just doesn’t do it for me.

When I step out the door I’m greeted with cool misty air and shadowy darkness. It’s a mixture of anticipation, excitement and terror I’m feeling. Anticipation of chasing and reaching a great and much longed for goal. Excitement because it’s literally day one of my 30 week training plan. And terror because I know just how much work lies ahead of me, within the 3245 kilometres (give or take) that will take me to July 27th and my marathon start line.

I start running. Did I say running?! I meant shuffling. My first kilometre is definitely more like a shuffle. It’s always like that when I run so early – I don’t push it to start, I let my legs warm-up slowly.

The very first race I ever ran was actually a shuffle. The Santa Shuffle, Ottawa, December 2002. My friend and I made sure we toed the line in front of all the other racers – we were the first to cross the start line. We knew nothing of “seeding” ourselves properly. Besides, at that point in time we had reason to believe we might win. Oops. I quickly learned that would not be so. I ran the 5k in 36 minutes (or thereabouts). Well, I may have walked some of it. In fact, it was so unbelievingly hard that I immediately singed up for a half-marathon.

As my legs warm up and my speed picks up (slightly) I glance to my left. Chip’s house. This house cost him $54,206,000 to build and it has 9 bathrooms. It’s absurd and impressive all at once. I have one bathroom. It’s neither absurd nor impressive. I’m wearing my lululemon pants, top, socks, gloves and headband. I have way more lulu stuff at home. It becomes clear to me. I’ve obviously helped to build that house. Well, me and a few others.

I’m swinging around the half-way point before I know it. In my final kilometre I notice the sun peaking up, breaking the darkness. The mist still swirls in the air. I hear my gps beep to let me know I’ve just logged my 6th kilometre. That’s all? I feel like I’m cheating – it wasn’t long enough, hard enough.

I get back out there Tuesday, and Wednesday – New Years Day, and then Thursday and then Friday. Hubby joins me for a few of them, running beside me, and when he does my average pace is faster than when I run alone. Why this need to show off when I run with others? Even for my own husband. He thinks it’s hilarious, because he makes a point of letting me set the pace (he’s naturally a much faster runner than I am).

Saturday I run with my run group. Sunday with hubby. And that’s it. Week one over. It was too easy.

Oh, by the way – I figure fireworks and applause are more appropriate post-marathon celebrations. And let’s be honest – even after these 30 weeks no one will be setting fireworks off upon my crossing the finish line. However, I do like the idea of sparklers. I’m totally getting sparklers for post-race celebrations. 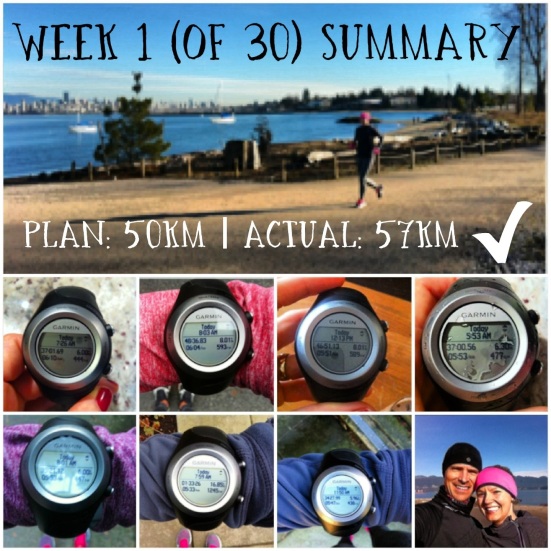 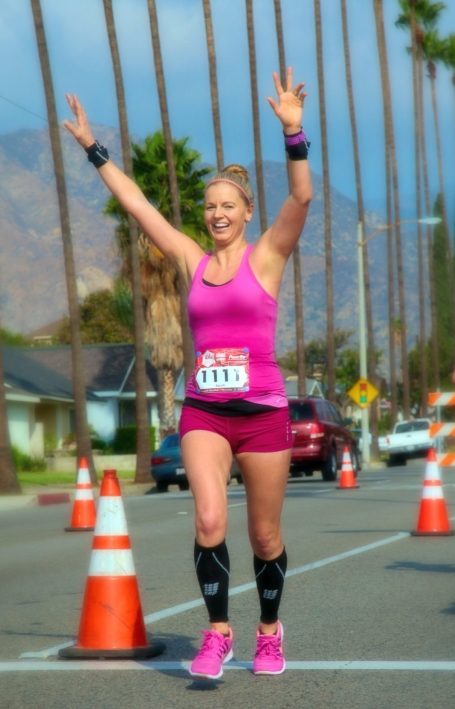 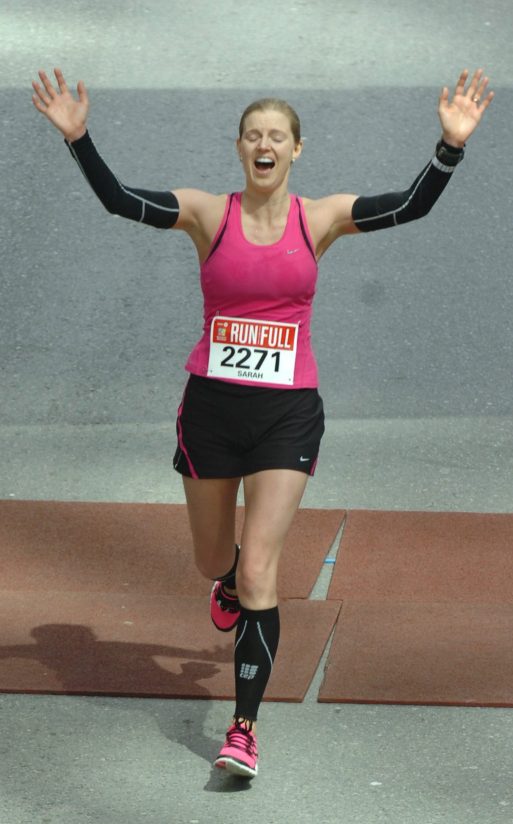